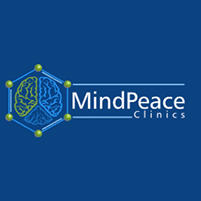 Migraines cause intense, debilitating pain that can last up to three days. If you suffer from migraines or your migraines haven’t improved with conventional medications, ketamine infusion therapy may be the solution you need. Patrick Oliver, MD, at MindPeace Clinics in Richmond, Arlington, and Norfolk, Virginia and Washington, D.C., specializes in ketamine therapy, using his expertise to help patients find relief from their migraines. If you need treatment for migraines, call the office that’s closest to you or schedule an initial consultation online today.

Migraines begin when a nerve in your head called the trigeminal nerve overreacts to something in your environment that stimulates the nerve.

There are many possible triggers, but some of the most common include caffeine, lack of sleep, stress, certain foods, and changes in the weather.

The nerve sends signals to your brain, causing a wave of electrical activity, which starts a cascade of events leading to a migraine.

What symptoms occur during a migraine?

Migraines are defined by four stages, but not everyone experiences all four. You may or may not have the first two, called prodrome and aura.

Stage 1 includes vague symptoms like mood changes and food cravings that begin a few days before your migraine. Stage 2, called aura, occurs shortly before the headache pain occurs. Aura most often causes vision changes, such as seeing flashes of light or vision loss.

No one can avoid the third stage, the migraine attack. The symptoms that occur during a migraine may include:

Some people go through a fourth stage that consists of lingering symptoms such as dizziness and fatigue. These symptoms may last up to a day after the pain stops.

How does ketamine relieve migraines?

Ketamine, a safe and effective anesthetic medication, significantly relieves pain when taken in a sub-anesthetic dose. Dr. Oliver gives you an intravenous (IV) infusion of ketamine, and once it’s in your bloodstream, it quickly travels to your brain.

In your brain, ketamine interacts with opioid receptors, which reduces your migraine pain. The medication further relieves pain by affecting NMDA receptors that regulate pain pathways.

How can I get ketamine infusion therapy for my migraines?

If you suffer from ongoing migraines that aren’t relieved with conventional treatments, you only need to schedule an initial consultation with Dr. Oliver to learn if you’re a good candidate for ketamine infusion therapy.

Dr. Oliver carefully evaluates your medical history and performs a physical examination to be sure ketamine is the best option for your migraines.

If you and Dr. Oliver decide to move forward with ketamine therapy, you will have a series of treatments over the course of several weeks, a protocol that produces longer-lasting results. Your treatments are performed in the office while you relax in a comfortable reclining chair.

You can get safe and effective migraine relief with ketamine infusion therapy at MindPeace Clinics. To schedule an appointment, call or use the online booking feature today.